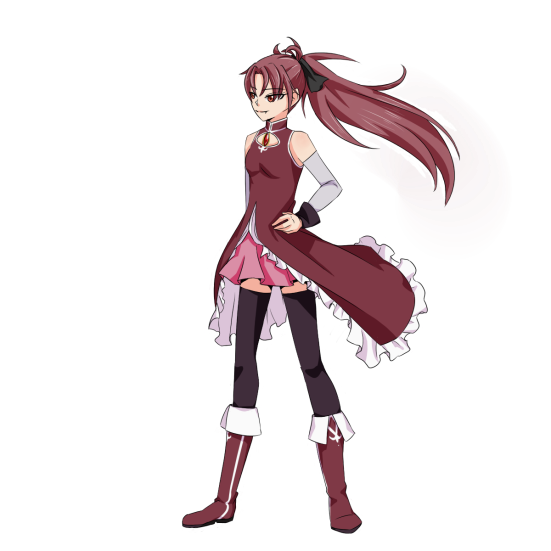 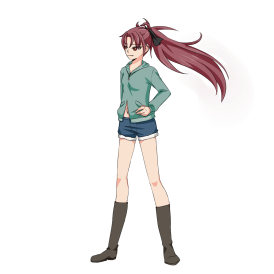 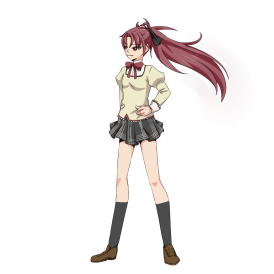 A Magical Girl from another town, she was born in Kasamino City. Because she was upset on how no one listens to her father’s preaches, she made a contract with Kyubey wishing for them to just listen to him. However, he found out about her wish later on and went insane to the point of killing himself and the rest of Kyoko’s family and leaving her alone. By this point, she began using her magic for herself only. She is always eating some kind of food.

In the old world, Kyoko was killed in one timeline when Mami went insane after finding out about the truth behind the Magical Girl system. She also killed herself to destroy Oktavia, the witch form of Sayaka, another Magical Girl. In the new world, she fights along side Homura and Mami. She was starting to become friends with Sayaka, who recently “died” against a Wraith after unleashing one last attack. If she were in school, she’d be considered an 8th grader like Homura and Sayaka.